In AB World – Emotional Landscapes, Alessandro Baglioni’s photographic production becomes an integral part of stories that are not merely the description of a moment or a memorable place, but that above all, are narratives of emotions. A background melody that accompanies the unforgettable moments of a perfect day, but also the simplicity of everyday objects and people.

In AB World – Emotional Landscapes, everyone is a potential main character. Alessandro Baglioni’s art captures the child with the funny and enigmatic face, the radiant bride holding a bouquet of tulips, the excited groom who changes his destiny, the ethereal model in an unusual setting for a fashion shoot, the bucolic location that surrounds a luxurious residence, the sportswear collection in a carefree marine environment, two young women celebrating their friendship.

Real life protagonists in dream-like contexts, with stories freely inspired by sensations and emotions provoked by the photo shoot.

The common denominator of this sophisticated approach to photographic images is the research of the hidden detail able to illuminate one’s perspective of reality.

AB World – Emotional Landscapes is the photographic story of these days: the diary where we jot down the original sensations of special days, of signs and of the universes of value.

Alessandro Baglioni was born in Grosseto under a shining star, apparently light-years away from that which would ultimately illuminate his future as a professional Photographer.

He attends a High School specializing in Scientific Studies, and at the University chooses to major in Business and Economy. He follows rigorous paths of study where logic and numbers dominate. These various situations lead him to discover a passion for the art of Photography.

During his high school years, Alessandro has the fortune of having a Professor of Art who enables him to discover the abyssal difference between the concepts of “looking” and “seeing” that which surrounds us.

Then, as all perfect coincidences in life contribute to the master plan, Alessandro finds himself with a college roommate who has a passion for Photography, and who talks to him about light, shadows and snapshots all day long.

At that point, as often happens when our destiny comes calling, but we still cannot hear it, a series of coincidences and unforeseen circumstances take care of the rest.

Alessandro decides to escape to the Capital once he understands that Economy is not the major for him. He sells his old motorcycle to buy a new one. Unable to find what he is looking for in life, he suddenly finds himself in front of a Photography shop, and impulsively spends all he has in that store. All of these moments contribute to launching his new life, his real life.

By 1993 Alessandro is a professional Photographer of weddings, fashion, family portraits and newborn, child and model portfolios and books. In March 2014, he opens the creative studio ABWorld – Emotional Landscapes.

Who knows him says that he has a turntable and a vast collection of vinyl records in his studio, that he plays the bass in a band and that he transformed the concept of “sofa” thanks to his #divanografie, which he continues to insist is a key concept that governs his life and his work:

“Photography is able to capture the instant that people do not see”. 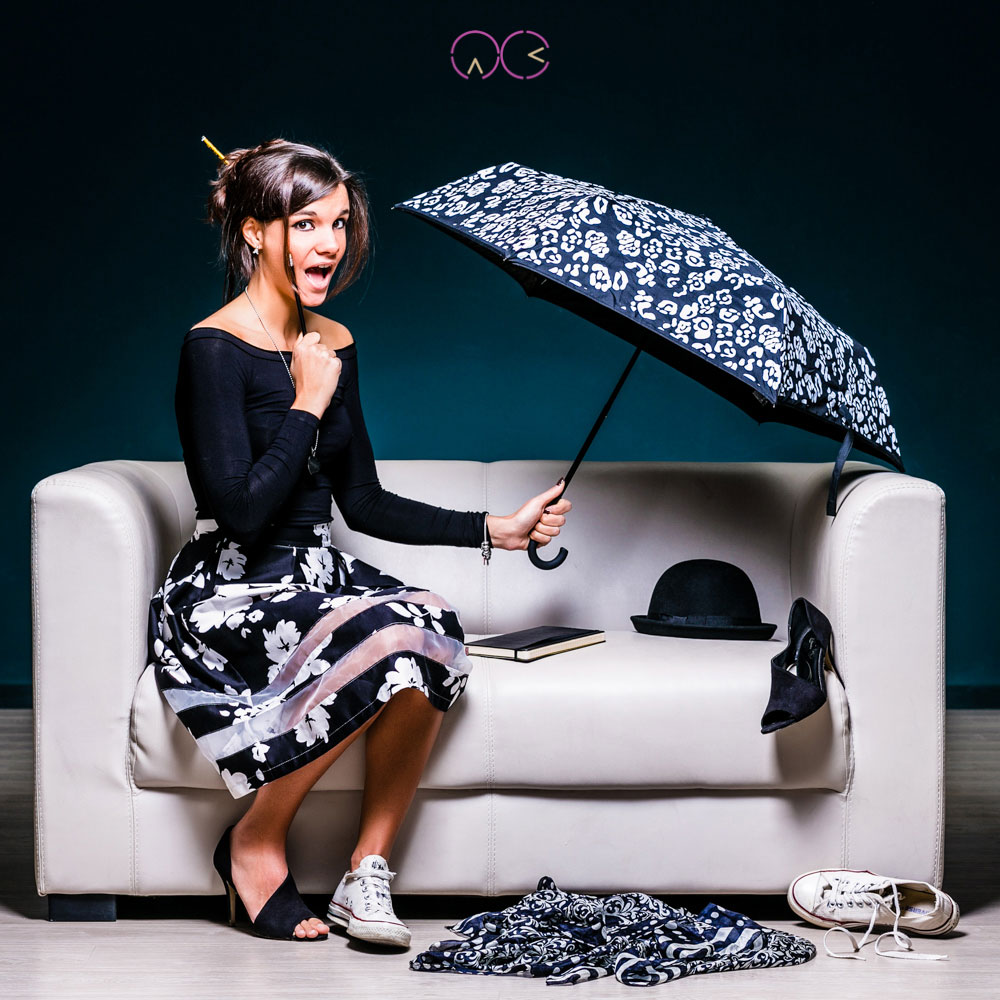 Vanessa is 24 years old. She discovered her passion for writing when she was very young, but it was only while growing up that she understood that various ways to save your life existed and that she, without trying too hard, was able to find hers with a pen in her hand.

She lives with her family and four cats in a town nestled in the Tuscan countryside, and she is passionate about cars, particularly her very own Beetle that she calls “Camillo”.

Her bedroom is overflowing with poetry books and shoes.

She believes in soulmates but with the conviction that soulmates are first and foremost human beings and not superheroes…for this reason they can make mistakes, lose each other to then find each other again, only to make more mistakes, but as John Lennon wrote:

“Everything will be okay in the end. If it’s not okay, it’s not the end”.

In addition to her love of writing, she is passionate about Psychology, so much so, that she attended a High School specializing in Socio-Psycho-Pedagogic studies for five years. During that time, she lived a dramatic relationship with this subject matter, characterized by numerous highs and lows, enhanced by the discovery of Philosophy, which she immediately loved to the point that when she finished high school, she enrolled in the University of Siena with a major in Literature and Philosophy.

She says that her Professor opened the book and told her:

“Studying Philosophy means emerging oneself in the waters of ancient chaos and finding ourselves in our own element”.

Vanessa had learned to float at ten years of age, but she had always refused to learn to swim and she excelled in drowning in a glass of water. Yes, those chaotic waters terrified Vanessa. Nonetheless, from the very first pages, the study of Philosophy allowed her to understand that she could push herself beyond her limits and return, still intact. Unfortunately, she realized shortly thereafter to have chosen that which she excelled in, but not that which she truly loved, and so, a few months later, she left her studies to enroll in what is now her current major of Psychology at the University of Florence. She came to the realization that in the course of our lives, we may like and be passionate about many things, but destiny is destiny and it comes calling, no matter how much it may infuriate you or complicate your existence. 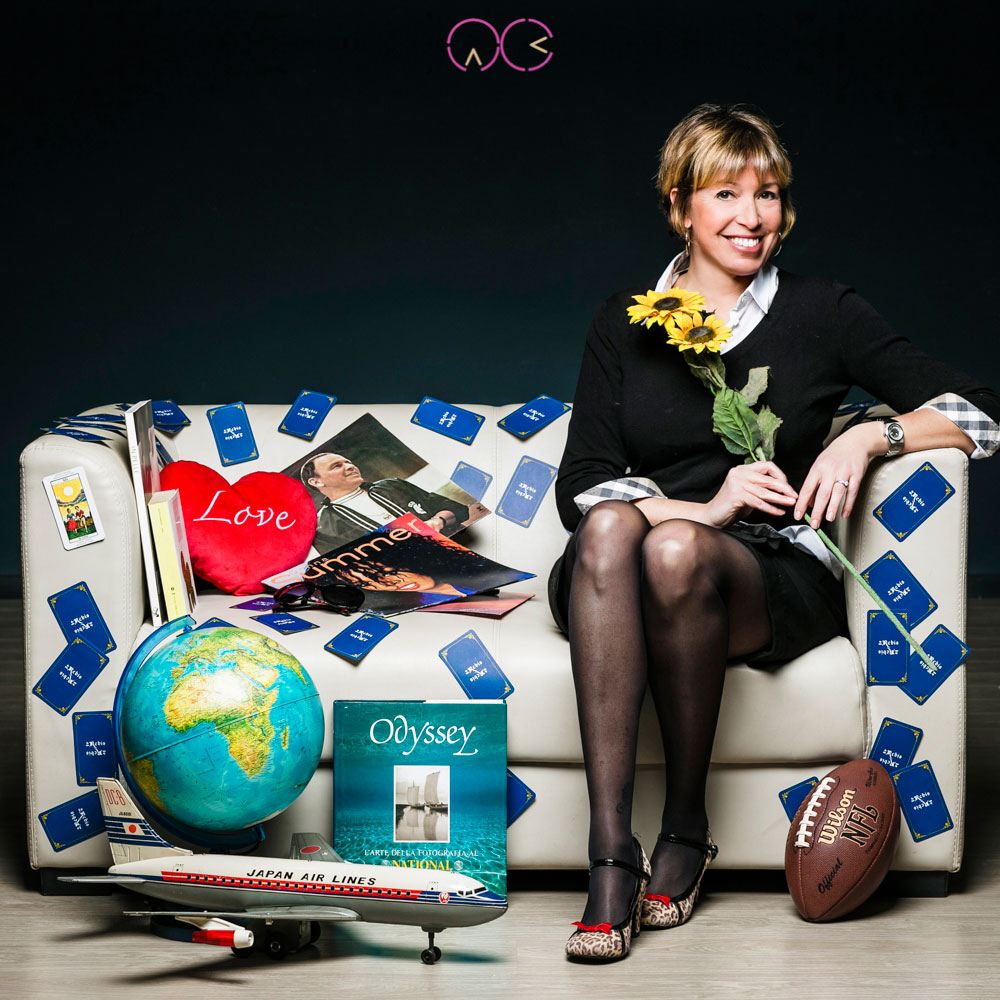 Although born and raised in the USA, where she graduated from the University of Maryland at College Park with a degree in English Language and Literature, life led Jodi to Tuscany where she resides with her two teenagers Jordan and Sofia. When she arrived in Tuscany she expected to soak in the Tuscan sun with a platter of Pecorino cheese and a glass of Chianti in hand, instead, she found herself faced with her twelve month old son’s diagnosis of Profound Deafness and the challenge of teaching him to speak only the Italian language. Thanks to her son receiving a cochlear implant and his incredible progress, she turned this experience into a global mission of assisting families living the journey in hearing loss to offer resources and support where needed.

She has been writing a blog in English and Italian for seven years to share her experiences and life changing transformations in this period. Her blog’s message: true, profound strength is feminine and Mothers need to be Women, too. Her daughter reminds her every day that our lives need to remain fairytales and that love comes in many shapes and forms that must be lived.

Living in Tuscany has taught her the importance of always finding time to stop, smile, savor the moment and smell the sunflowers.